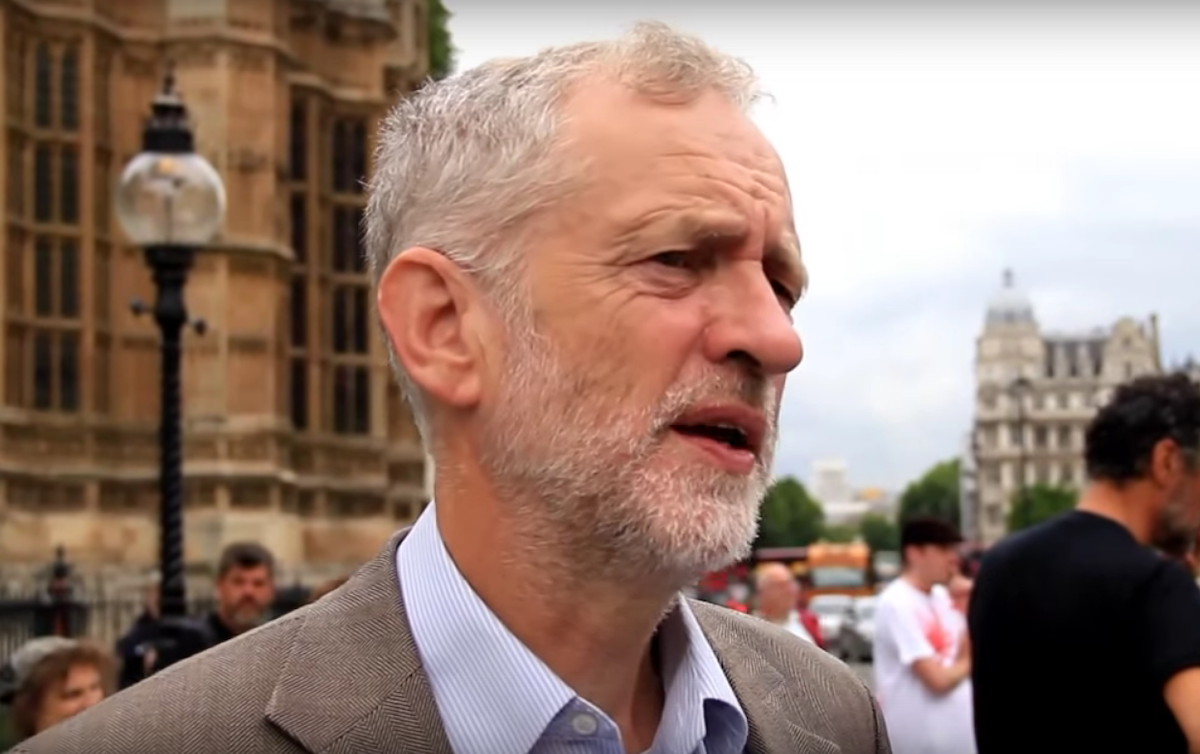 It’s a roll of the dice – but increasingly one that seems worth making.

In politics, I like to think of myself as principled but realistic. I’m a social democrat, not a Marxist. My political heroes were mostly practical, moderate socialists – intellectual heavyweights for sure, but people who didn’t mind dirtying their hands in getting something done: Denis Healey, Tony Crosland, Shirley Williams, François Mitterrand. People who understood the grubbiness of the material world and were prepared to work with it. People who had few illusions about how working people think, or about where extremism can lead.

When I was at university, 25 years ago, I was mocked (in a comradely way) for being the most right-wing member of the Labour club (although, as I remember, I was the only one prepared to join the Anti-Poll Tax Federation, a proscribed organisation in the Labour party at the time). When I left, the committee gave me a copy of The Ragged-Trousered Philanthropists, inscribed with warnings not move further to the right or become any more “careerist” (no worries on that score).

Inevitably, more than one or two of the wellwishers in that book went on to be leading lights in Tony Blair’s New Labour project. The party moved round me. What I thought of as mainstream social democracy went from being on the right of the party, to the centre and then to the left.

Even “Red Ed” Miliband couldn’t put together a coherent social democratic programme – although that had as much to do with lack of confidence as lack of conviction. By about 2000, it was a mark of the hard left to be in possession of, to use Denis Healey’s preferred definition of democratic socialism, “an obstinate will to erode by inches the conditions that produce avoidable suffering”.

The definition is, I think, Kolakowski’s. But in his memoirs, Healey went on to expand on his own feeling for what socialism should be:

Socialism emphasises the community rather than the individual, consensus rather than confrontation, public welfare rather than private gain; it puts the quality of life before the quantity of goods. But its priorities are not absolute; it does not deny that the values which it normally puts second will sometimes need to come first, or that it’s opponents may also give some importance to socialist values.”

Spot on. But that’s Denis Healey, one-time monetarist chancellor and bête-noire of the Labour left in the 1980s. Spout that kind of stuff within earshot of today’s shadow cabinet and they visibly flinch.

Every fibre of my being says I shouldn’t vote for Jeremy Corbyn, but the reasons just keep melting away like snow on a hotplate. I think austerity is nuts; Corbyn is the only anti-austerity candidate. I think the NHS has had enough marketisation and privatisation; he’s the only one to rule out any more of it. I’ve always supported renationalising the railways; Corbyn is only candidate to say he agrees (I suspect Burnham and Cooper agree too, but are afraid to say so – hardly a compelling reason to support them). I’m against the cuts in tax credits which, after years of both parties telling people they’d be looked after if they got a job, are cruel and unnecessary. Corbyn is the only candidate who voted against them in the Commons.

These are not extreme or “hard left” policies. They’re solid, social democratic positions. And I’m willing to bet that they’re shared by a majority, or at least a very large minority, of the British people.

And then, just when I thought I’d found my personal red line, Corbyn ruled out supporting Brexit in the EU referendum.

But, scream Corbyn’s enemies, he can’t possibly win the election! True, all conventional wisdom and experience says it’s very unlikely. (I actually remember 1983). But that argument only holds water if you think any of the other three can win. I don’t.

Liz Kendall is in many ways an admirable candidate, but I’ve already written about how her England-only strategy simply cannot work. Andy Burnham and Yvette Cooper have so far offered little that’s new or interesting. And don’t even get me started on the delicious irony of a shadow cabinet which has led Labour to two disastrous defeats in a row lecturing the rest of the movement about winning elections.

What passes for Corbyn’s electoral strategy involves winning over non-voters and supporters of the Greens and the SNP. We don’t know if that can work; no one’s really tried it before. Election gurus tell us that non-voters are very hard to mobilise and many people think Scotland has “gone” already. So it looks optimistic, to say the least. But, after an election in which Labour lost 40 seats to the SNP and the Tory vote hardly changed, to say all we need to do is move closer to the Tories is just witless.

The best argument against Corbyn is simply that he isn’t a serious candidate. He doesn’t really want to be leader, still less prime minister. It’s hard to imagine him going up against Cameron at PMQs. He’s too old (71 at the next election). The rest of the shadow cabinet may not work with him. There are some unpleasant people associated with his campaign talking about purging the party. Corbyn himself has taken foolish positions with respect to the IRA and Hamas in the past, which will be ruthlessly deployed against him in the future.

Much more importantly, Corbyn’s policies, attractive as many are to people on the left, don’t add up to a coherent programme for a socialist government. I’m disappointed with Corbyn on policy; I hoped he’d be more imaginative and serious once it became clear he had a chance of winning. Corbyn’s campaign still prefers to chant slogans about the failures of free-market capitalism rather than do the hard work of transforming it into something better for working people. There’s no attempt to develop a serious political strategy that can unite more of the anti-Tory majority around a progressive platform. And I’m still baffled by Jeremy’s reluctance to back electoral reform. (Corbyn is now promising to make his website a forum for serious policy debate. Marina Mazzacuto and Will Hutton’s thinking about an “enabling” or “entrepreneurial” state – refracted into a political programme by Peter Hain – might be a good place to start.)

But if Corbyn’s campaign looks like a protest movement, that’s because it is. It increasingly resembles a typically English, cobbled-together version of the movement against austerity and neo-liberalism we’ve seen in Scotland, Greece, Spain and other parts of Europe. Young people, in particular, are flocking to Corbyn and his campaign seems to be igniting interest and passion in politics in the same way as the Scottish indepedence referendum did last year. If Corbyn can forge that movement – which stretches from moderate social democrats like me to the far fringes of the Occupy movement — into a political fighting force, that might be better for the left than trying to scrape together a Labour majority from soft Tories and refugee Lib Dems. But that’s a big “if”.

Voting for Corbyn means gambling with the life of the party we love for an uncertain, amorphous return. In normal circumstances I’d never go near it. But these aren’t normal times; across Europe, the future of the democratic left itself is at stake. It might just be worth rolling the dice.

Craig Ryan is a Labour member, writer and blogger. You can read his work here.