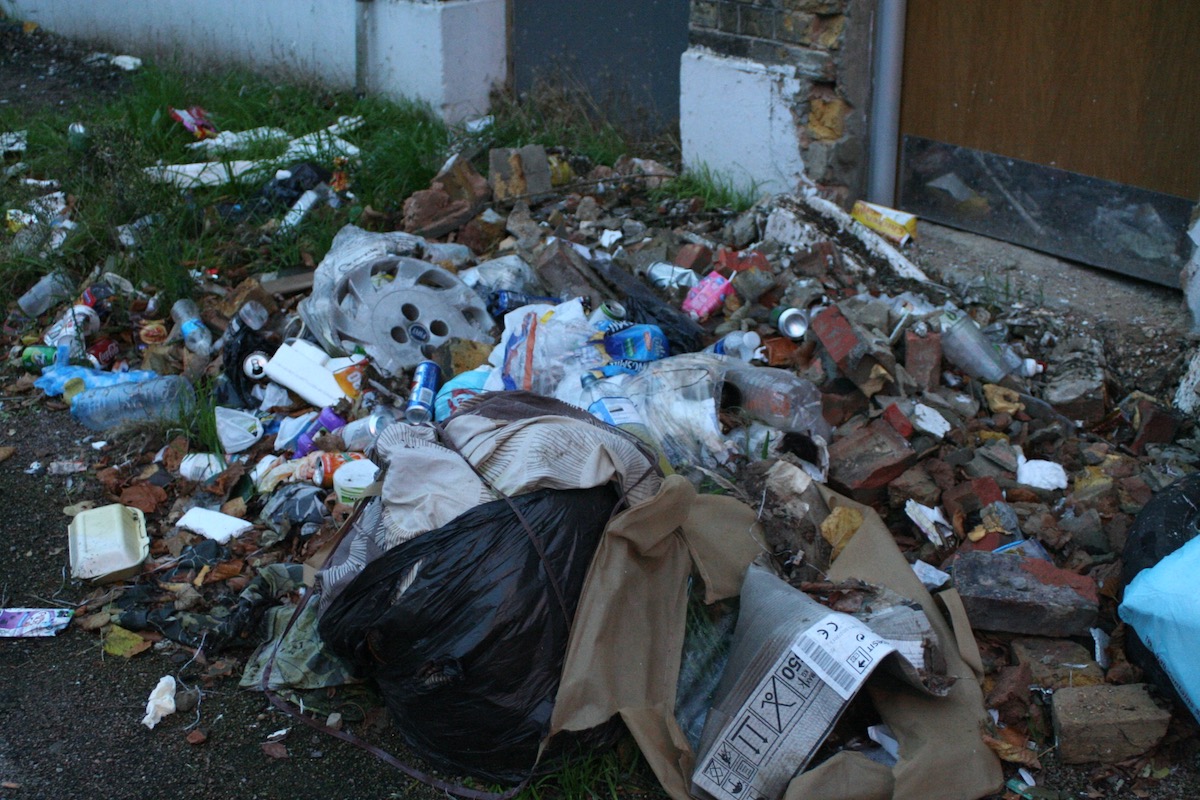 A few weeks ago, I went to a school reunion. The next morning, with a couple of hours to kill and a hangover to walk off, I drove over to my old school and retraced the two-mile walk home I used to make every day. The grounds of the school, a former comprehensive now rebranded as an “academy”, adjoined two small lakes (ponds really – everything looks smaller once you’re grown up), a stream and some small open fields, all of which were maintained by the local council as a public space. Although technically “out of bounds”, this was where we spent most of our lunchtimes.

The school is now entirely fenced off, so I suppose today’s kids no longer enjoy the stream jumping, goose-baiting and illicit smoking we did. From what I could see, the school looked run-down and the grounds poorly maintained. But what really struck me was the state of the surrounding public space. The “motorway field” (so named because it backed onto the M3) where we used to play football when the school’s pitches were all in use, is now completely overgrown, an ugly wilderness of gorse, stunted bushes and dumped rubbish (including two huge tractor tyres, miles from the nearest farm). The lakes and stream, once a lovely place for kids to play and local people to walk their dogs, is in a poor state. There was no sign of the swans or the flocks of (non-migrating) geese, who used to make eating a packet of crisps an occasionally hazardous activity, and only a handful of ducks. Much of the stream is silted up. There were always some litter and fag ends lying about (usually ours) but this was of a different order: bags of domestic and commercial waste and lots of broken furniture. The path down to the motorway footbridge looks like it has been abandoned by the council, full of potholes and with the banks all overgrown and strewn with rubbish. There was an unpleasant smell of fetid water. The bridge itself looked so uncared for I didn’t feel entirely safe crossing it.

In the space of about an hour walking about on a Sunday morning, the only living souls I saw were four boys, dressed in 70s retro sports gear, hurtling over the motorway bridge on Chopper-style bikes. They might have been our ghosts.

The whole area around the school felt unloved and neglected, left behind and somehow betrayed, like, I suppose, the hopes that kind of comprehensive school represented. As I walked on towards my Mum’s house, the contrast between the well-tended front gardens of the houses and the run-down public spaces was striking. One thing you could always say for our eternally-Tory Surrey Heath council was that they took great pride in their civic and public spaces. They couldn’t stop kids from graffiti-ing on the motorway bridge, but they kept the pavements even, the grass cut and the flower beds weeded. Now, after budget cuts of around 30% during the last parliament, even Surrey Heath are skint. And, if squalor is spreading to Michael Gove’s manor how much worse is it going to be everywhere else?

Now, of course, I’m suddenly seeing this public squalor everywhere. In Newham in east London, where I live now, the cash-strapped council can no longer cope with fly-tipping. We’ve got used to having stuff dumped on our street, but whereas it used to be extra rubbish bags people couldn’t fit in their bins and the odd bit of old furniture, now we get commercial and building waste, vanloads of bric-a-brac and endless old mattresses (sometimes with helpful notes from the fly-tippers warning about bugs). It often hangs around for days rather than hours.

You can see it on the verges of the A13 running east out of London, where piles of refuse often encroach down onto the carriageway and you have to keep swerving to avoid full bin bags, broken cinder blocks or pieces of four-by-two. Recently, I saw an entire bathroom suite complete with toilet cistern and bowl (seat left up) on the hard shoulder, just inches from the carriageway. A week later, it was still there (seat down).

In the small park next to my office you can see it in the spreading bare patches, the unkempt grass and the broken fencing. The clapped-out kids’ playground is finally to be replaced – but only because parents (in affluent Wanstead) managed to raise the money themselves.

This is not just about aesthetics; this is the visible surface, the skin, of our public life. Councils, particularly in wealthy areas like Wanstead and Surrey, tended to give priority to these things because voters noticed them. Now they just can’t afford to. The Conservative-controlled Local Government Association estimates that local council budgets have been cut by 40% since 2010, with further big cuts to come following George Osborne’s calamitous Autumn Statement in November.

There’s no honesty here from government ministers. Cuts are announced as mere numbers, not, as they should be, as a list of services that will no longer be provided. I can’t tell you what the effect will be, because for the most part ministers won’t tell us. They probably don’t even know themselves.

But it beggars belief that cuts on this scale can be made without making life worse. And if you look around, you will probably see the first evidence for yourself. Are ministers really saying that the public servants who are losing their jobs were doing nothing before? Really? I don’t believe them. Behind the grimy windows of those council offices, and outposts of the civil service like the CPS and Inland Revenue, people were doing the real work of democracy – making Britain a civilised place to live. The idea that the private sector will somehow step up to the plate and fill that void is delusional.

The cuts in the last parliament are only just beginning to bite. There are far more, far deeper cuts to come. What you see on the streets is only the tip of the rubbish heap.