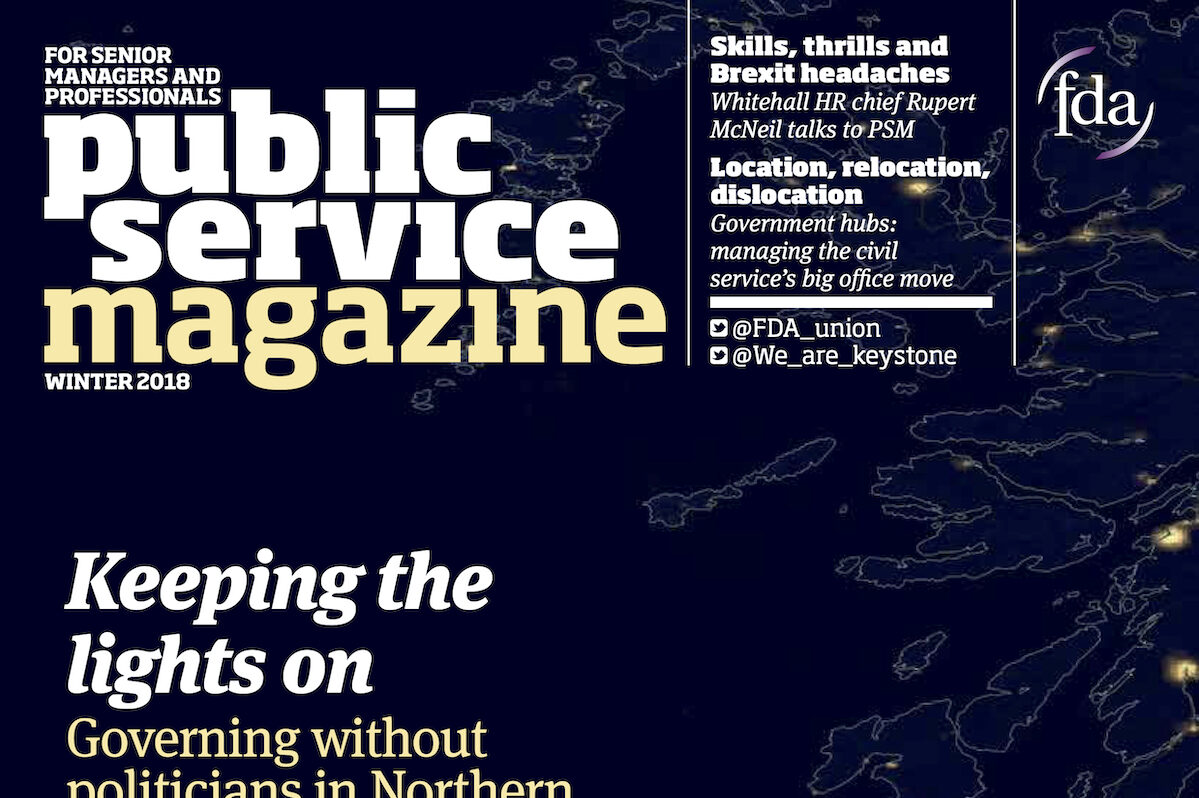 Public Service Magazine (PSM) is a quarterly news and features title published by the FDA, the union for the UK’s top civil servants. I launched PSM in 1998, when I was head of communications at the FDA, and was editor for several years before going freelance . I’ve continued to work with the FDA on PSM and other projects ever since. In 2017-18, the union invited me back to the editor’s chair while the current editor took maternity leave.

Back in the nineties, we wanted PSM to be a radically different trade union magazine. We felt conventional union journals, like the FDA’s existing newsletter, were aimed too much at activists rather than ordinary members, and tended to treat readers solely as trade unionists rather than professionals. Our guiding principle at the time, much chewed over in the pubs around Whitehall, was that we were ‘moving from Pravda to The Times’.

We produced content that focused on careers, professional and policy debates, advice and guidance as well as bread and butter employment issues. We sometimes published articles that challenged the union’s official line or which tried to stir up debate. We introduced colour photographs and graphics for the first time, and far higher standards of editorial and design. And we published a lot – eleven issues a year in those pre-digital days! Although the look and feel of PSM has changed much over the last two decades, the magazine remains true to the same ethos today.

Over the years, I’ve contributed hundreds of articles to PSM, including features, news reports, interviews, book reviews and analysis pieces. You can read some of them in my cuttings section, or see some of the issues I edited recently below. Through my company Lexographic, I’ve continued to work with the FDA on projects large and small, most notably on the union’s centenary project, Our Story, in 2019.