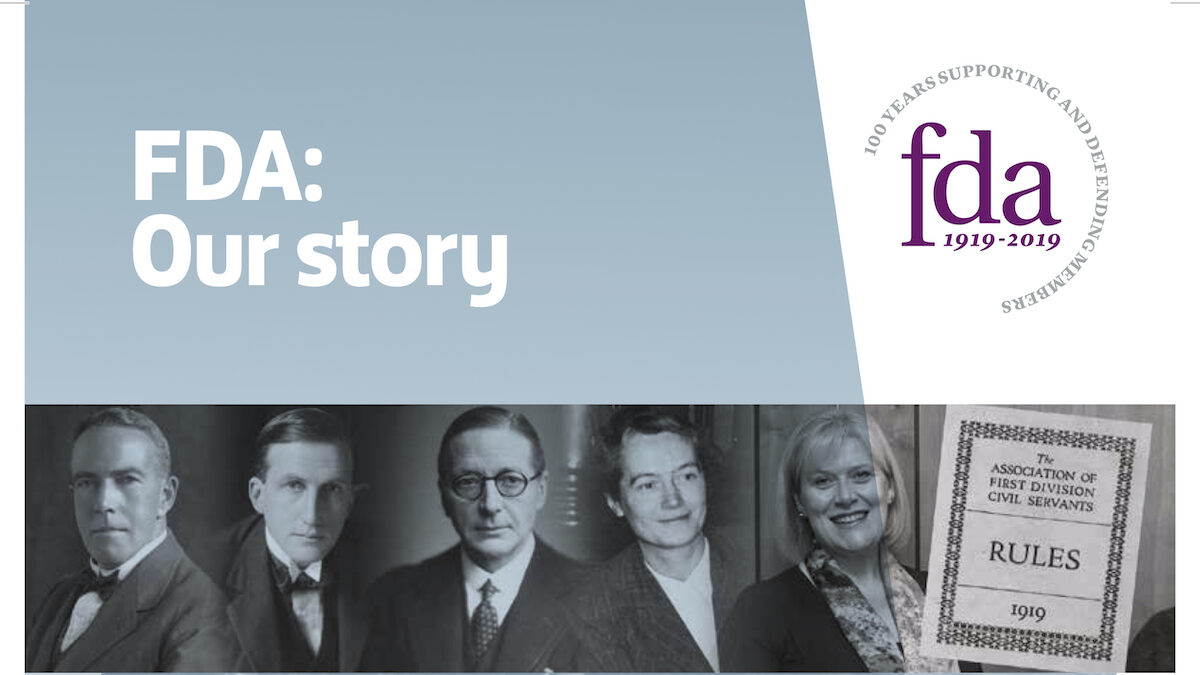 The FDA, my former employer and one of my oldest clients, celebrated its centenary in 2019. As an ex-editor of the FDA’s Public Service Magazine, the union asked me to lead a major research and publishing project on the history and development of the FDA and the UK civil service over the last century.

This involved hundreds of hours of research, then writing and editing three colour supplements on the history of the union and a souvenir brochure. I also collaborated with FDA staff and a production company to produce a short promotional video for the centenary celebrations.

Throughout the project I worked closely with FDA staff and elected members of the executive committee to identify the key themes for the research and to make sure the project fitted in with the FDA’s overall strategy for its centenary year.

I held numerous interviews with key figures including three cabinet secretaries, former union general secretaries and presidents, and FDA staff past and present. I also interviewed and chaired round table discussions with civil servants involved in some of the key events in British government, including devolution, the Troubles in Northern Ireland, the setting up of the Crown Prosecution Service and the Arms to Iraq scandal.

The research threw up a number of revelations including the story of the FDA’s first woman leader as far back as 1944, the union’s early support for equal pay for women and employment rights for gay civil servants, and the role of a Tory MP is founding the union itself.

The supplements and brochure were extremely well received by FDA members and the video won an award from the TUC. Overall, the project made a significant contribution to the success of the FDA’s centenary celebrations.