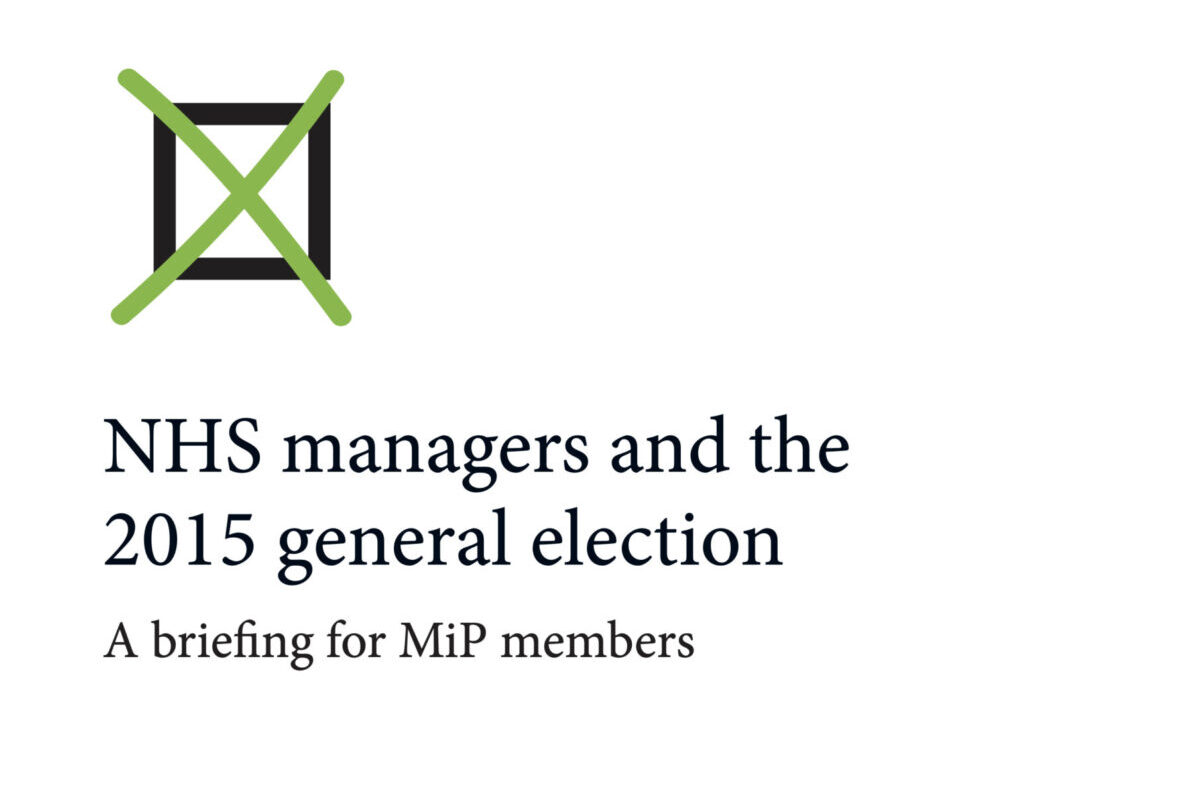 In the run-up to the 2015 general election, I worked with Managers in Partnership (MiP) to develop the union’s policy positions and produce a comprehensive election briefing for members. MiP is the trade union formed jointly by the FDA and Unison to represent senior managers in the NHS and social care.

I researched and wrote two in-depth discussion documents for MiP’s elected national committee, which set out the policy options on areas such as NHS funding and reform, management practice and accountability, patient safety, staff pay, terms and conditions, workplace culture and equality. This involved extensive consultations both inside and outside the organisation — with political parties, NHS bodies and think tanks such as the King’s Fund and the Health Foundation.

This work was boiled down into a shorter policy briefing sent to all MiP members early in the election campaign. The briefing document set out the key issues facing the NHS and MiP’s position and included short, clear messages and questions for members to use on social media, at hustings or in communicating with candidates.

We updated these policy documents for MiP’s campaigning work during the 2017 and 2019 elections, and they will form the starting point for a more wide-ranging policy review planned for 2020-21.